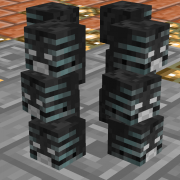 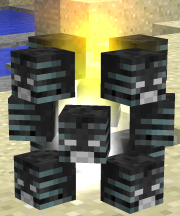 The Boss Spawner is located in the servers Arena, setup by the servers Staff team. Here, you can fight one of currently 6 different bosses.

See Boss Fights for information on actual bosses and their respective battles.

How to spawn the Boss

When the Boss Spawner is active you must throw any non-enchanted items/potions/deepvale blocks into it and it will consume it. Quick methods of summoning the boss include throwing in:

After the boss is killed there is a Cooldown, the Cooldown can be anywhere from 20 minutes to 2 hours depending on the amount of people there. The more people on the server the less the cooldown will be. The equation used to include the cooldown being shorter based on people around the Boss Spawner, but this was changed a while ago.